Following last year’s great success (we did come last but it’s the taking part that counts after all), Extract Technology again joined the Expect Distribution Charity Football Tournament organised alongside HTAFC in order to raise money to support Forget Me Not Children’s Hospice. 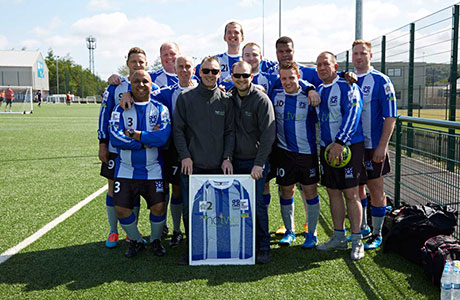 The tournament took place on Sunday 7th June at the nearby PPG Canalside in Huddersfield where 14 teams competed for cup glory.

This year’s competition finished with ETL a well placed 2nd (from last!). Still we consider this a nice and steady improvement.

The fabulous football kits were generously sponsored by HDTWO Photography, the commercial photographers of choice for Extract Technology. The tournament was a great success as Expect Distribution commented in their blog:
“The total raised so far is £1734 and the Directors at Expect have kindly increased this by a further £1000, once all sponsor money is collected the final figure will be announced.”

The undeniable heroes of the tournament were Thomas Broadbent’s players who ended up winning the cup.

Other activities during the day included face painting and eating lots of fantastic food.

Event organiser Gemma Bentley commented for Expect Distribution: “It was a great day, with some fantastic people, who all worked hard to raise money for an amazing charity. I would like to thank all of those involved, the 14 teams that entered, the referees, CSM Bakery for their cake stall, with all proceeds given to the hospice, also thanks to Andrew Howard and Kieran Clarke for helping to organise the event, to Mark Dunne for his help in running the event, thank you to Paul Ramsden for the announcements, thanks to Trisha for face painting, to AMD Mobile Disco’s for the sound system and special thanks to HDTWO Photography for stepping in at the last minute to get some great photographs on the day” 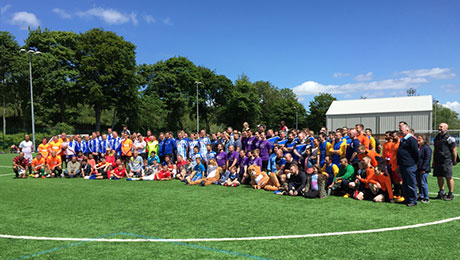