Extract Thank employees for their long serving commitment to the company

Extract Technology held an award ceremony at the company’s yearend social event where long service awards were handed to 6 of its employees for their loyalty and sustained contribution to the company.

Darren Beardsmore, Matt Ellam and Steve Terry were congratulated with a 5 year achievement award, followed by Neil Chew and Steve Carpmail who further achieved an award for 10 years of service. Paul Ramsey was later congratulated with an accolade for 15 years long service within the organisation. 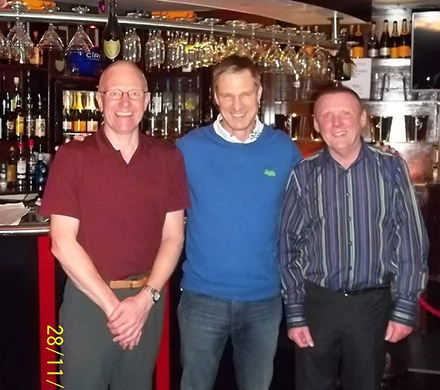 Presentations followed where Glenn Turner and Bob Chatterton both received an engraved watch for the recognition of their dedication and commitment to Extract as they both leave the company and head into retirement.

General Manager, Alan Wainwright, paid tribute to both Glen and Bob and thanked them for their hard work over the many years at Extract and the contribution they had made to the success of the business.

Wishing them both the very best in their retirement, Alan commented that he hoped Glen would find time to enjoy his favourite pastime “the sport of kings” and Bob, the fittest man at Extract would continue to enjoy his cycling for many more years to come.