Extract Technology’s commitment to invest in its staff has led to nine of its employees achieving long service awards. An award ceremony took place at the company’s yearend social event where Daryl Lynch, Ian Rudge and Andrew Waddington were congratulated with a 5 year achievement award, followed by Scott Franklin, Daryl Lister and Willy Porter who further achieved an award for 10 years service at the company.

Mark Newby was also congratulated at the event with a 15 year long service award, ending with David Newsome and Darren McGrath who have achieved the accolade for 25 years service within the organisation. 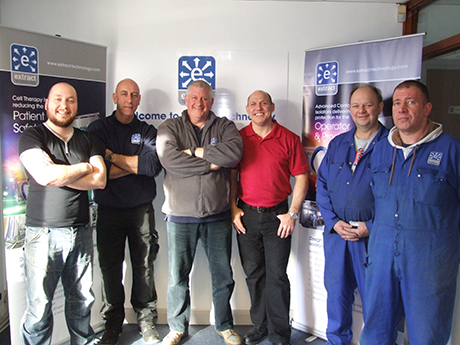 The awards were given as recognition of the employee’s dedication, commitment and performance to Extract. General Manager, Alan Wainwright said “ It was great to recognize so many individuals at the ceremony and be able to thank them for their hard work and contribution over many years. Although our business continues to change and develop in line with industry demands our staff have been equal to the task throughout.